In addition to providing therapy, I also conduct Immigration Psychological Evaluations at Guzman Psychotherapy to assist individuals and families in their immigration process. I work in collaboration with many of the must trusted attorneys in Metro Atlanta, whom have approved and regularly recommend my services.

If your attorney suggested that you obtain a report from an immigration evaluation specialist, you’ve come to the right professional. I have more than 15 years of experience working at different capacities with immigrants from diverse cultural and ethnic backgrounds, and I have a deep understanding of the psychology of the immigrant. I’m also experienced with general psychological assessments and immigration evaluations in particular.

In addition to English, I conduct evaluations in Spanish. 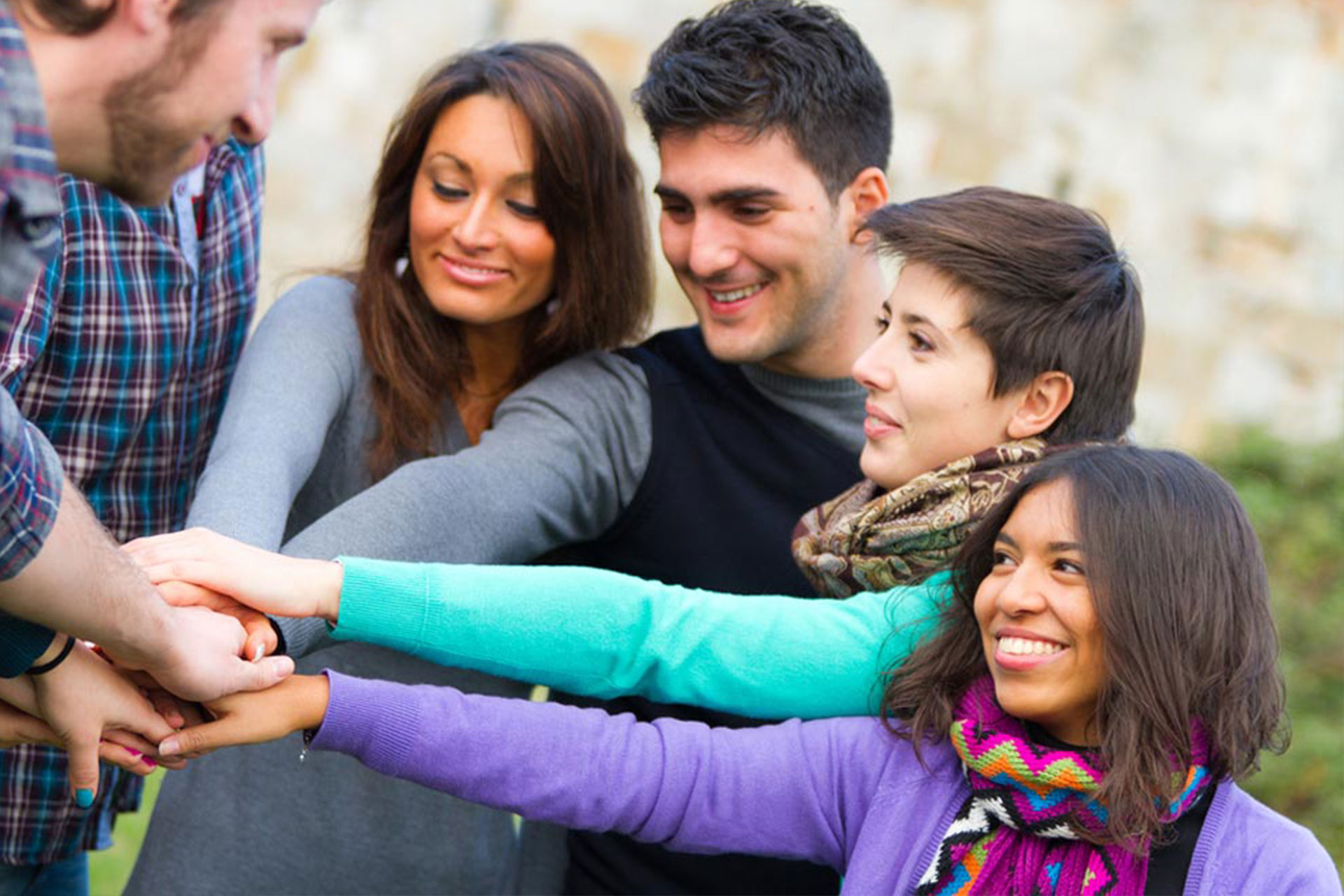 1Why Do I Need a Psychological Evaluation?

In my experience at Guzman Psychotherapy, a psychological evaluation adds a remarkable value to the immigration case. A comprehensive, expert evaluation conducted by a licensed professional knowledgeable about the factors involved in extreme immigration hardships and the relevant mental health issues, along with a thorough report, can be effectively used by your attorney to support your case and move forward with your immigration proceedings.

2What Is a Psychological Evaluation?

An Immigration Psychological Evaluation is psychological assessment that is used to help immigration courts determine whether an individual will be able to remain lawfully in the United States.

Before you come to Guzman Psychotherapy, an immigration evaluation begins with a discussion with your attorney. Once your attorney recommends that you and/or other members of your family (e.g., a child, a spouse) should undergo a psychological evaluation, I would speak with your attorney and gather pertinent information about your case and its specific legal issues.

The immigration evaluation itself includes an in-depth interview that usually spreads over 3 hours. During the assessment process, I will ask you questions about yourself and your immigration case. The topics will include, but are not limited to, your current immigration predicament; your personal, marital and family history; your work history; and medical and psychiatric history that are relevant to the case. I will inform you about each step as it become relevant. I will then write a report and send it to your attorney.

3Could Any Therapist Conduct a Psychological Evaluation in Immigration Cases?

These types of evaluations and reports are very specific and address particular points. It is important that the mental health professional is familiar with the terms used in immigration law and understands the standard of evidence that is required by the court. It is also very important that the therapist has an experience with culturally diverse patients and is aware and sensitive to the wide range of customs and lifestyles of people from different parts of the world. It is, therefore, recommended that an immigration evaluation professional that is well versed in the area of psychological evaluation and immigration issues provide these services. I have worked extensively with clients from different countries and cultures and, conducted many evaluations of individuals from several European countries, the Middle East, Europe and Latin America.

4What Type of Immigration Cases Benefit From A Psychological Evaluation?

Type of Immigration Cases Benefit From A Psychological Evaluation

The purpose of the psychological evaluation is to assess and explain the hardships that all the relevant family members would face if the waiver were not granted. Specifically, the information obtained in this evaluation is used to answer two main questions:

1) Would deportation of the immigrant pose an extreme and unusual hardship to the relative in question?

2) Would it be an extreme and unusual hardship for the lawful-resident relative to accompany the immigrant back to his or her home country in case they are deported?

The professional opinion rendered in a psychological evaluation greatly strengthens the case, and without it, the applicant would have to explain the hardship in his or her own words.

Despite the name of this act, the VAWA immigration provisions benefit both women and men. In spousal abuse cases, a woman or man from a foreign country marries a citizen or a legal permanent resident (LPR) of the United States. After the marriage, the immigrant claims the presence of domestic abuse and seeks to file for legal status separately from their U.S. citizen spouse, usually because the U.S. citizen or LPR spouse doesn’t wish to assist his or her spouse in this process. The foreign national can file a VAWA petition even if the marriage ended in divorce, as long as there was a connection between the divorce and domestic violence and/or abuse. The abuse can take the form of verbal, physical, sexual, and/or psychological abuse. Marital incompatibilities, which cause severe strains on a marriage and, in fact, could lead to divorce, do not by themselves constitute extreme cruelty. “Extreme cruelty” includes, but is not limited to, threats of violence, forceful detention, psychological abuse, sexual abuse, exploitation, rape, molestation, incest (if the victim is a minor), and forced prostitution.

Sometimes the abuse is obvious, but at other times, it is subtler. In some cases, there is a collaborating evidence of medical records from hospitals, testimonies of witnesses, and police records. However, in many other cases, no one else has witnessed the abuse, and the victim is too terrified to seek professional help. Examples of nonviolent acts that may also constitute extreme cruelty are social isolation of the victim, threats of deportation, threat of bodily harm, not allowing the victim to get a job, degrading the victim, and humiliating the victim privately and/or publically.

The most important goal of VAWA is to allow you, as the victim, to sever dependency on your abusive spouse by allowing you to file for permanent residency, without your spouse’s consent, help, support or participation of any kind.

In these cases, it is important for the therapist to evaluate the scope and nature of the abuse, the practical ramifications, and the emotional impact that the abuse has had on you. In the safety of the evaluation process, you can talk about the painful ordeal and its adverse impact on your life and your emotional wellbeing. I often have witnessed this process be of tremendous help in empowering the victims and aiding them in the healing process way beyond the resolution of their immigration case.

Applicants for political asylum often have been exposed to extreme deprivation, severe abuse, and even torture in their home country. Frequently, the mistreatment is associated with a political, religious, and/or ethnic persecution. At some point, the individual flees his or her country to the United States and files a Political Asylum claim.

The purpose of an immigration evaluation in asylum cases is to collect information about this mistreatment and to examine the psychological impact that these circumstances have had on the immigrant. It is most common that the individual has developed psychological problems as a result of the abuse, such as Post-Traumatic Stress Disorders (PTSD), severe anxiety, and/or depression.

If your immigration case involves is political asylum, it is important to assess the extent and severity of your original trauma, whether you continue to suffer from psychological symptoms after your arrival in the U.S., and how long-lasting the psychological ramifications could be.

In addition to the legal aid you are receiving, an immigration evaluation therapist can help you communicate and document the mental health aspects of your case. Over the last years of my practice, I have worked with diverse cultural populations as well as conducting many immigration evaluations. Having a thorough and completed evaluation report could make a huge difference in the outcome of your case at trial or on appeal.

Additionally, in my experience conducting many immigration evaluations, I have seen that for many individuals and families, having an opportunity to talk about the difficulties, stressors and even traumas associated with their immigration process is an important empowering and healing step. Sharing their hardships, pains, and the challenges that they have fought to overcome allows many immigrants to appreciate their strength as well as identify areas in which they could use more emotional help and support. Each immigration situation is different, and I approach each case and each person individually. My goal is to provide you with a place where you feel safe, supported, respected, and helped in this complicated process.

U Visa gives legal status to immigrants, including undocumented immigrants, who have been victims of serious crimes in the United States. Such crimes including, but are not limited to, sexual abuse, domestic violence, involuntary servitude, sexual exploitation, kidnapping, trafficking, and rape. With a U Visa, the immigrant may stay and work in the U.S for up to four years. After three years, however, a victim with a U visa may apply for a green card. The goal of the psychological evaluation is to assess the extent of serious physical, mental, or emotional consequences of the experience. An applicant for a U Visa has to be willing to assist the police and/or District Attorney’s Office in the investigation and/or with the prosecution of the criminal.